(Pre-script: if you know the television reference I am making with this title, you are my new best friend!)

What can I say about Christian Marclay’s The Clock? Is it overhyped? Of course. Did I wait on line for an hour to see it (in front of a guy who’d seen almost all 24 hours and wouldn’t shut up about it)? Oh dear god yes. Is it enjoyable? Absolutely. 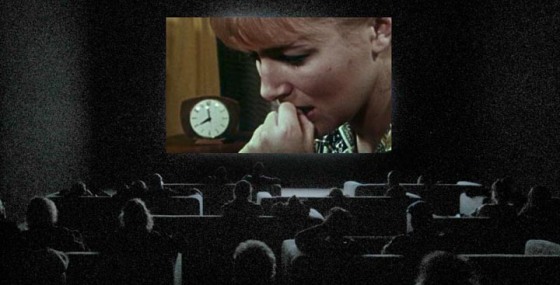 When I first heard of it, it was playing at MFA Boston on the occasion of the opening of its new contemporary art wing (with a kerfuffle about their original plan to charge a large fee to see it at the opening). I heard it described as a video collage in which at every moment the clock on screen portrays the actual time. When I heard that the lines to see it were very long, I did not think it was worth the wait.

But then I read a profile of Christian Marclay in the New Yorker, which went into detail about the how much work went into the production, and described several particularly clever moments in the film. What I hadn’t realized from the original description was that it was not just the clocks but the segments of movies surrounding the appearance of the clocks, including the moments of tension, waiting, being awoken, being late, that we come to realize make an important aspect of the tone of a movie. The article also talked about his origins as a sound artist/DJ, making clear that impeccable editing of sound and film, is what really makes his work an art.

This article made me much more curious, and with the second chance to see it at Lincoln Center, I decided this time it was worth the wait, and it lived up to expectations. I was there for 3 hours (from 3:50 to 7pm), but it never felt tedious. I wouldn’t quite call it “hypnotic:” it’s more like the kind of suspension of reality you experience watching a traditional movie, despite the fact that The Clock has no continuous plot. This engenders the realization that plot is probably only a fraction of what we see movies for; instead  The Clock makes clear that framing, color, setting, costume, our favorite stars from every movie era, and most importantly the automatic emotion provoked by crystal clear music cues are enough to entertain us. As my friend put it, it is “pure entertainment.”

And it is indeed impeccably edited. Segments from different movies blend together seamlessly, helped by the equally well-edited music, which will overlap from one clip into another, and then stop when a new character pulls the needle off a record-player.

I would love to see more off it, but not enough to wait on line for another hour.

2 thoughts on “Tick-Tock Goes “The Clock””