Just after Christmas, wary of the frankly insane tourist crowds at the New York museums, I went with a few friends, including an artist who is generally knowledgable about these things, to Chelsea… where nearly every gallery was closed: some were between shows, others may have been closed for the holidays, and it could be that some were still recovering from Sandy.

We only went in one gallery – Cheim & Reid, for a show of the Israeli-born, Copenhagen-based painter Tal R. I’d heard his name but not seen his work before. He has a colorful, intentionally-naive style that at first seemed a little out-of-date – as in early twentieth century – but that grew on me. I thought it worked better in his more geometric works than the figurative ones, but those grew on me too. His paintings rewarded prolonged looking, as their compositions are more complex than they first appear. 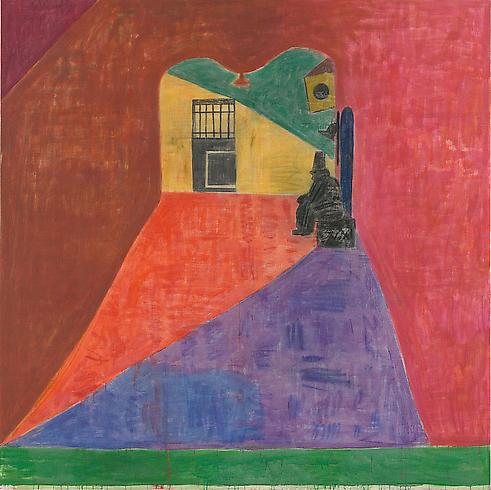 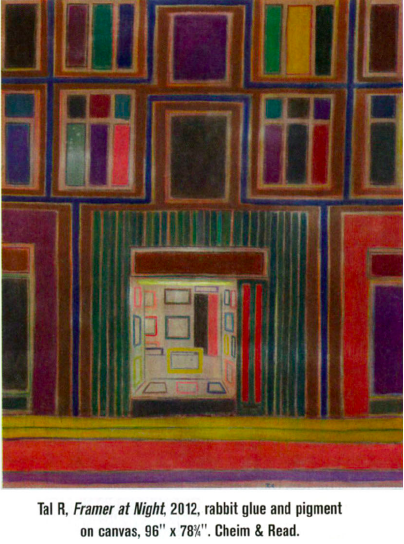 After our lack of art-viewing, we went to a cafe for a protracted conversation about art theory.

I have one more New York art experience from my vacation to relay – a visit to the Museum of Arts and Design in Columbus Circle… coming soon.

One thought on “A Chelsea Misadventure”